These resources link in with our Young Scientists course, particularly activities and concepts we covered in the second half of the course.

Planning your own experiments or investigations

There’s a free project planner from ‘Upper Grades are Awesome’ on TpT which helps groups of children to plan their science fair project. It’s free to join TpT and although I don’t use it all the time there are often some good downloadables to be found.

The Social Side of Science

The Understanding Science website from the University of Berkeley has a good few pages debunking the myth of the solitary scientist. It is critical that all scientists do not just carry out their experiments but they also communicate with each other at every step of the way.

I really hope that the children who come to my classes go home with an excitement about how wonderful science can be. I also hope that they learn to be skeptical. Have you noticed how each decade has its own health fads that seem ‘too good to be true?’ They probably are. What about medications that are trumpeted to ‘hit pain where it hurts’ and so on. How much of that is marketing and how much is really backed up by science?

The Understanding Science website (again) has a good checklist for children to use to see if a study is really scientific. There are several pages where they apply this checklist to actual investigations like solving DNA’s double helix, investigating CFCs in the atmosphere and  and claims of nuclear fusion at room temperature (cold fusion).

Being prepared for science to take a long time

In the UCDavis CAMEOS project, children use the science flowchart I’ve mentioned before (and provided for children in my classes) to map the activities that take part during a scientific investigation. Scroll down to the bottom of the page and see how different scientists mapped their own journeys.

Being prepared to be wrong

This article by the astronomist Bruce Weaver is probably more for parents to read than to use as a resource, but it provides a little insight about how science is not about being ‘right’ and how, in fact, scientists can never prove that their hypothesis is right. http://www.sciencebuddies.org/science-fair-projects/project_learn_more_weaver.shtml

I haven’t found a whole lot of material on the internet about how to think and work scientifically. I am grateful for the University of Berkeley ‘Understanding Science’ website and keep going back to it, and I also use the Science Buddies website frequently to look for activities, but there is not much else around.

What resources have you found to help your child understand and be part of the scientific process? I’d love to hear from you.

We finished off our Young Scientists course by the children planning and carrying out their own investigations. Two groups chose to do ‘balloon-powered’ cars and the other group chose ‘super-sour lemonade’. 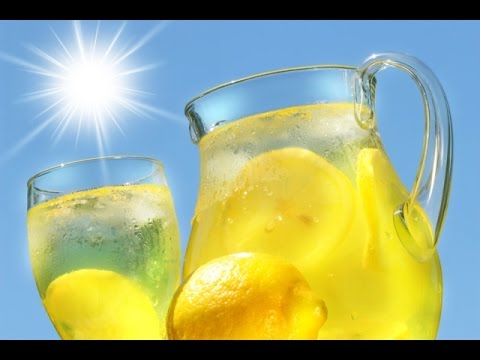 I had given them a limited number of themes to choose from and they worked in groups to think about what they wanted to investigate and how they would carry out their experiments. I think this worked well. Last year, each child had a different area of interest or an idea that they wanted to investigate. I had to put in a significant amount of behind-the-scenes work to identify suitable experiments and provide material, and it was hard to cover everything meaningfully.

This year I spent time in weeks leading up to the investigations making sure the children were prepared. I provided forms with prompts such as

What will happen if my hypothesis is correct?

What might happen if my hypothesis is not correct?

The sixth and seventh classes were entirely dedicated to the children trying out their investigation. I mentioned, both to the children and their parents, that I was not expecting them to get everything right first time. I wanted plenty of time for them to make mistakes, change their ideas or their methods and try things again. I hope that in this way the children learned (by doing, not by being told) that the process of conducting scientific investigations is iterative rather than linear.

Some ‘experiments’ in science courses are designed to back up certain scientific facts or knowledge. They cover the material that the teacher is trying to explain in the course. It can be very helpful to have a visual and hands-on demonstration of these scientific facts. Nevertheless, these are not real experiments. The teachers and children already have an idea of what the ‘right’ result is and they try to adjust their experiments to get that result. Anyone who does not get this result thinks that they have failed and that they are bad at science. I have heard from several of my adult friends that this was the way they felt during science classes.

Not so in these classes! I really wanted these experiments to be about the scientific method and not about ‘facts’,or being right or wrong. We did not know how the experiments would turn out. We may have had our suspicions, particularly with the lemonade experiment. The younger children carried out the lemonade experiment and I guided them more than the older groups. For example, I told them how much citric acid and how much water to put into each test bottle. For the other children I provided material and not much else. But all children had plenty of opportunities to try things again and to reflect on the process. For example, both groups making balloon-powered cars found it was really tricky to attach the balloon on to the car and they came up with different solutions to this problem.

In the last class the children presented their investigations in groups, each child or pair of children covering a particular section like background, method, risks, results etc.. I had hoped that all of them could produce a scientific poster for the last session but we used all of the previous classes in conducting the experiments. This was okay. They have had experience presenting material by poster or talks already so we were not focusing on that outcome.

I also provided a folder for each child containing details of the activities they had covered in the course, and some more information about the scientific method and how it works in practice.

I was delighted by how well this course went and I look forward to repeating it with different children who want to find out how scientists work.